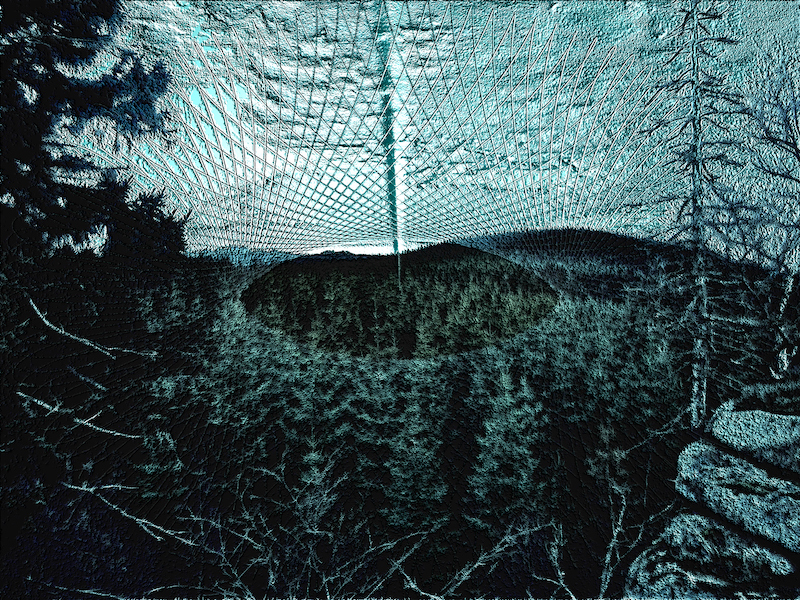 Forest Horror Stories are in some way often close to the reality in a computer game or a simulation. This is because there seems not only the character’s misjudgment of the situation is leading him into dangerous territory. In the dark forest we are like Katniss Everdeen confronted with the interventions from an invisible game maker. It’s like being chosen for the hunger games without knowing it. Sometimes it´s surprising we accept the conceptual approach in forest horror because of course we know the story was written by an author and certain events in the forest are created by the director and his crew. This is always a problem in storytelling and drama and for badly introduced interventions which change the course of action there is even a term from the old Greeks. It’s called “deux ex machina”. Particularly if we see a so-called found coverage film it could easily look like some trick.

Of course good acting and the right use of effects and emotion could put the audience in a state where the audience doesn’t think too much about the construction of the story. However there is more about it. As said in the previous post it seems that on some level close to base reality the other world appears like a simulation (whereas it is questionable to interpret reality generally as simulation) or even a game where we have interventions of the “game maker”.

Perhaps we accept these stories because sometimes they feel true. Even in reality life is not “character-driven”. There are interventions from invisible forces from somewhere. Therefore the best writers are able to write something which rings true which make use of “cosmic interventions”. There are real cases which look like a weird constructed plot with supernatural interventions. This is an impression particularly if it comes to stories and reports of real events in the forest. Naturally its difficult to distinct between reality and “scripted reality” – every witness report gets interpreted, fictionalized or becoming a folk tale with some sort of morale in the end.

If we look at the real accounts of “forest horror” as described in “Dangerous lights” with cases in Brazil, Jacques Vallee’s investigation of the Happy Camp events in California, The Freetown Fall River Forest case or the Hoia Bacu Forest we find the same dramaturgy at the bottom of the story as in many forest horror stories. It looks like some “Elder Gods” orchestrating supernatural events which are overwhelming for the human mind. The events often go far beyond the “local old legend” encompassing some ghost roaming the woods.

A typical difference between “real accounts” from haunted woods and fictional horror is the forest as a physical attacker. What’s happening in the forest in most real stories is not so much a physical attack from the woods itself its more as something which happens somewhere in-between reality and imagination, somewhere between dream and real experience. Forest horror feels true if we understand Lovecraft’s idea of cosmic horror: “A certain atmosphere of breathless and unexplainable dread of outer, unknown forces must be present” It all happens more on an atmospheric level rather than a pure physical level in the first place, only later it could lead to physical consequences.


These forces tend to play tricks with the mind. Indeed some events and sightings sound like a part of a game or like everything is happen in a form of virtual reality. However we don’t know the mechanism of the game or the intentions of the game maker. Thus we try rituals and study magic, often we need to solve a riddle in the forest and getting lost. We don’t understand any longer what’s going on. Perhaps this is the true nature of the game: It’s all about not losing your mind in the first place. Then we might be able to understand the nature of our own role in this game and overcome its limitations. Perhaps this is the trick both in a forest horror story or in real life: don’t do what the game maker wants you to do and overcome your limitations.