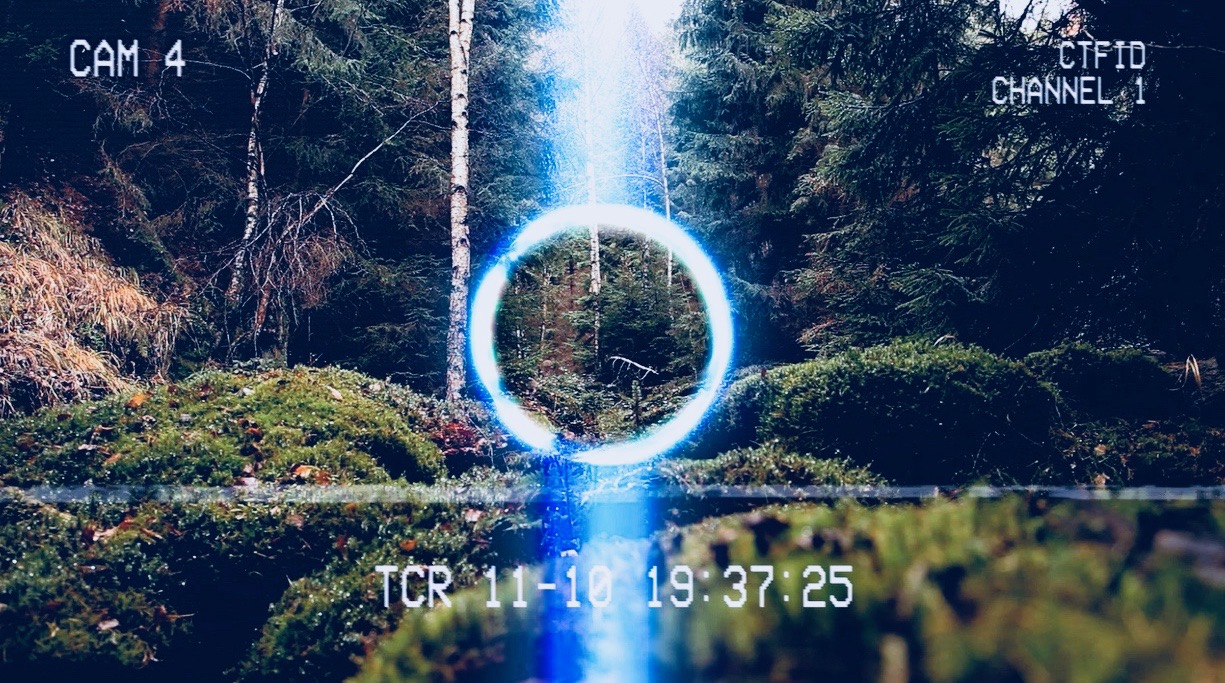 This is where my story begins: Witch Mountains, a region where „Mountain lights“ have been seen for a long time; strange lights, which have been photographed and videotaped many times in many variations. Nevertheless, they kept their secret. Technical instruments often fail.

Previously, the long tradition of mysterious light beams in descriptions of mythological and religious experiences was mentioned. Light Orbs and strange apparitions are often seen in the haunted forests around the world.

Sometimes these light anomalies are even dangerous. They are the windows to another reality:

A lot of people come and go to see the lights. Many leave in frustration. Some people had an experience they never want to talk about.

Some others see an oportunity to start a business, attracting tourists or selling stuff. Rumors are that a secret cult meets at certain times in the forest. There is a disturbing number of people who vanished in the forest, in this endless sea of trees which messes with the mind.

Strange accidents happen a lot or people losing their memory. It is said that time is running differently. Ufologists are gathering regularly for a conference in an old hotel.

Secrets are kept in the families for generations which have something to do with the lights. Locals avoid the forest for good reasons most of the time because they say it is a „forest dark“.

Some say the lights are not a light at all, instead it is something dark hiding inside the light, but there are people who said they are in connection with the lights.

Inspired by the legends there is a summoning deep in the forest with a fatal outcome.

Is it truth or fiction? The Forest Dark Feature Film Project will become a revealing blend of myth, fiction and reality.

“She can see a luminous glow coming from between the trees and the undergrowth itself. Before she can make out the origin of the mysterious light it disappears” (The Forest Dark, Screenplay, August 2015, page 81) There is a popular myth around the world about false lights that a sailor warns the captain about people occasionally luring ships into underwater threats, thus causing a wreck.

We find such traps also in the mountains or in the forest: In “Ghost Lights” I mentioned examples of “foolish lights misleading the wanderer from his way”

Normally, the purpose of a beacon of light is either to guide you or it could be also a warning signal. Sometimes we don’t know if it is a warning, and we need to follow the light. How should we know? We have to get closer if we want to find out.

I can’t tell too much about the story in my movie project (in order to avoid any spoilers) but the light in the forest is one of the things where imagination met reality.

In places like Witch Mountains the foolish lights happen more often. The lights appear where the border between reality and unreality is indistinct. It may be that the forest in this mountains has moved somewhere that is like another dimension.

We’ve seen from very real encounters in our world that it’s hard to distinct if the creators of the lights have positive intentions or if it is indeed a trap: Sometimes a fire in the sky promises a miracle, sometimes there is a deadly blinding light in the forest as the dangerous lights in Brazil and Romania.

Perhaps the light orbs and ghost lights are like the beams of some invisible lighthouse in the forest sending a message we still need to understand.

I am convinced that there are places on Earth which work light lighthouses attracting sensible people. For example cult sites with strong tellurian forces can play a huge variety of tricks upon us. Maybe some people who disappeared in the forest “followed the light”.

What we need to ask is: who is the machinist in this lighthouse and what’s his intention? Is he more like the “people luring ships into underwater threats” or is he kind of a guardian angel?