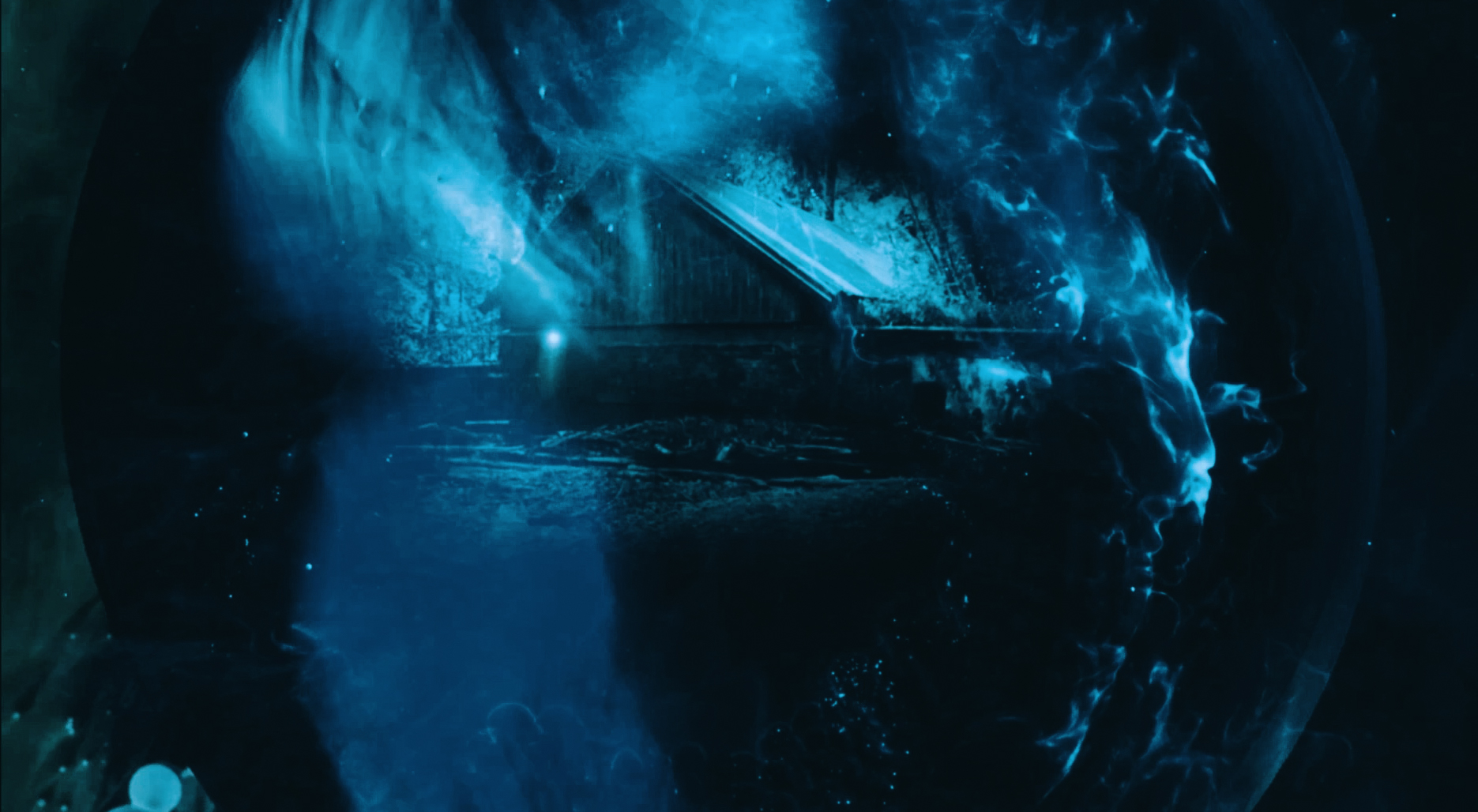 In many forest-horror stories, there is a cabin or a house. In normal life, the cabin in the woods is a shelter. In supernatural horror, it can be a trap or a place where horror happens. However, there are much more interesting possibilities. Sometimes it is not exactly clear if the house we see really exists. Or it is a place of weird experiences.

The cabin in the woods or the lodge is not the same as a haunted house. There are special places which are connected to another dimension. Lovecraft expressed this idea in the best possible way. There are two stories in particular which are among Lovecraft’s best pieces of writing: “Dreams In The Witch House” and “The Strange High House In The Mist”. In both stories, the hero experiences terror and the visions of the other world. There are elder gods, ancient gods and other creatures. But there is much more. It is a connection between our world and another dimension.

There is a very interesting concept of how that connection works. In “Dreams In The Witch House” Gilman, the narrator and hero of the story, think that the dimensions of his attic room are unusual “and seem to conform to a kind of unearthly geometry”. He assumes “that the structure can enable travel from one plane or dimension to another”. There is a certain similarity in “The Strange High House In The Mist”. The House is situated on top of a cliff. Then it is not clear how you can get to the house. The entrance seems to be on the seaside. The location of the Strange High House makes it very obvious that it is a border house. Of course, in a tale of H.P. Lovecraft, this is not only a border between the land and the sea. It is a border between the normal world and the realm of the other world.

These type of houses are transition zones. It is like the zone in an airport if you are on an international flight and crossing borders. These transition zones are the place where two worlds overlap.

In the “Witch House” story, the narrator, Gilman, “begins experiencing bizarre dreams in which he seems to float without physical form through an otherworldly space of unearthly geometry and indescribable colors and sounds” (Wikipedia). The more detailed description of these dreams makes the story really extraordinary. It is a horror story. But the horror happens later. The elements Gilman sees sound more like something from the world of quantum mechanics or what happens in particle colliders on the one side. On the other side, it is like the platonic world of ideas: “Among the elements, both organic and inorganic, he perceives shapes that he innately recognizes as entities which appear and disappear instantaneously and at random”. There is more: “Several times, his dreaming-self encounters bizarre clusters of “iridescent, prolately spheroidal bubbles”, as well as a rapidly changing polyhedral-figure, both of which appear sapient” (Wikipedia).

There is one particularly interesting element: “entities which appear and disappear instantaneously”. This sounds very similar like UFO’s and it sounds like particles. In the world of quantum mechanics, we have these spontaneous appearances. It is also what would happen in a 5-dimensional world or in a place where you have two dimensions overlapping. Perhaps there is some sort of bilocation involved here too. Or these kind of “houses” from another dimension are keeping, doublegangers and trapped souls. They maybe look like houses but actually they are some form of container or field. In a way they are “storehouses of images” There is another very prominent example which takes Lovecraft’s ideas even further.

The most prominent use of a house or cabin as a mystical place of transition is the black lodge and the white lodge in David Lynch’s series Twin Peaks. Agent Cooper is trapped for 25 years in the black lodge. It imprisons souls and it is a place of evil. A very interesting element is that it is an extra-dimensional location and also a portal. It’s not the same but there are conceptual similarities with Lovecraft’s Witch House and The High Strange House In The Mist.

Do these places really exist?

These things not only exist in literature and on TV. Like many elements, we find in fiction there are many stories from hikers or travellers. They claim to have seen houses or even rest stations which they couldn’t find later. It is not possible to find any proof if these stories are real. The distinction between the haunted house tradition and these ideas is the important thing. A haunted house is something which indeed exists in our plane of reality. The “Witch House” or “Houses from another dimension” might be something which looks like a house or a cabin but which is something completely different. As we know from many close UFO encounters “the phenomenon” is able to borrow our images, as researcher Jacques Valleé emphasized in an interview for the movie “Witness of another world”. Thus, these houses from another world could be something more like the Tudor style room which Astronaut Bowman sees in 2001. The cabin might be not a cabin but a complex simulation. The House from another place is an important element in The Forest Dark Story too. It adds to the level of cosmic horror.