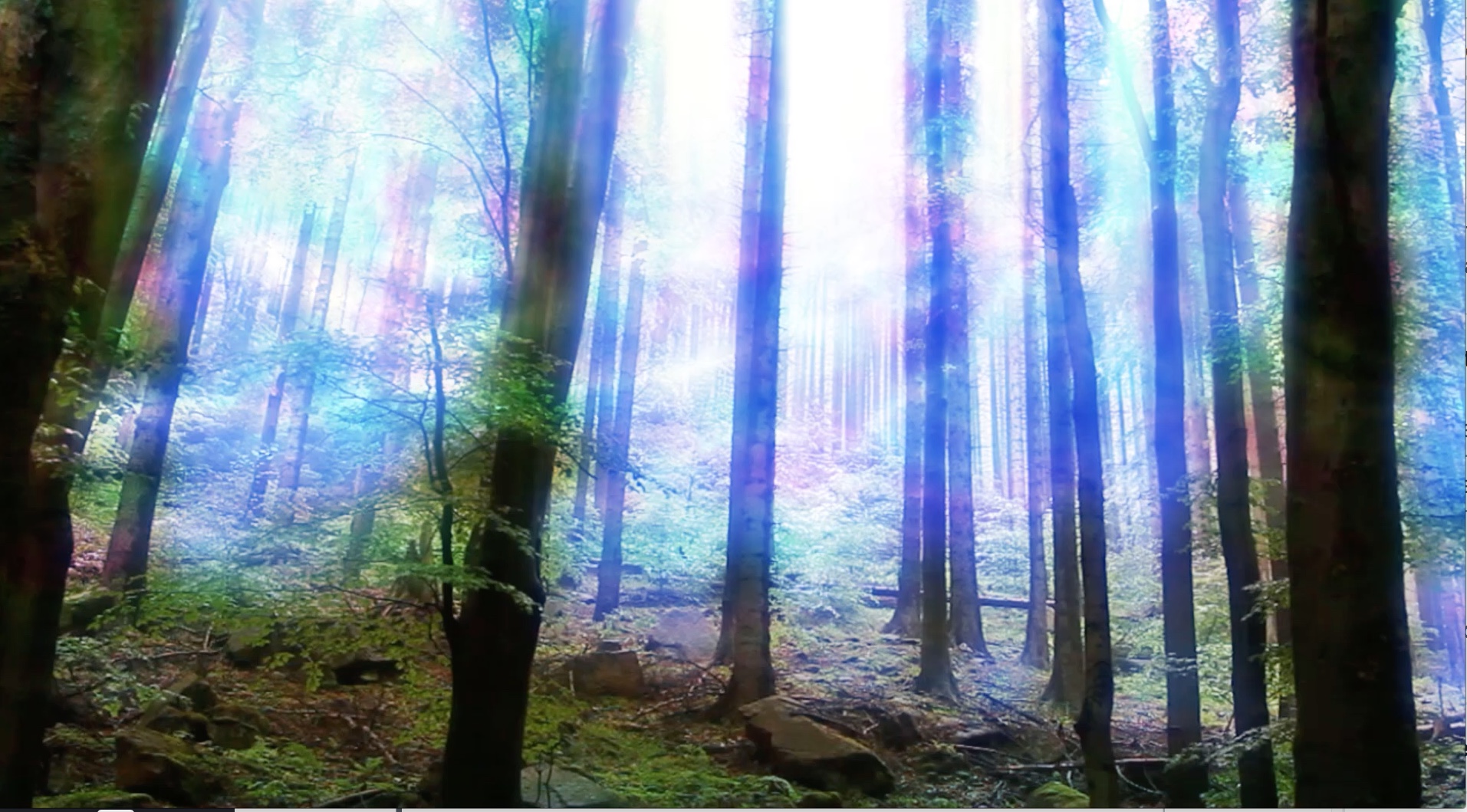 Writer Alan Moore expresses in an interview with The Daily Grail an unusual experience about writing and the creative process. Alan Moore is one of the writers of a new anthology “The Spirit of Place”.  He believes that the reality behind the writing and the creative process is a lack of control. He speaks of a “common misapprehension” that a writer has an idea and then writes it down. He believes that “writing is generated by the act of writing itself”. Writers are not “god-like creators” but vehicles. And he says that we can realistically “speak of a place” exerting its influence. The power of place can put a writer (or an artist) under its spell. This may sound unusual but it fits not only with the premise of The Forest Dark but has a strong reliable background.

Is there really a remote control?

Alan Moore believes in a predetermined universe. We don’t need to get that far but there is a real uncanny experience when it comes to the creative process of a movie project or a writing project or an art project. This also encompasses the research. There is a feeling there is some sort of invisible director in the background. There is an influence. Thoughts or ideas suddenly pop up. We don’t know where ideas come from. This is not a personal or singular experience. Famous filmmakers and artists like David Lynch or Stephen King mentioned these kinds of experiences. David Lynch emphasized that we don’t know where ideas come from. Further on he talks of the creator like some sort of fisherman waiting for ideas (big fish). Stephen King said the writer is a radio. Thus we are people who are writing about something, which comes from a mysterious source.  But there is more: There seems a sinister influence in our everyday lives, which is connected with the project. There is resistance when it comes to important revelations. Suddenly unexpected information or events occur which are somehow connected with the project.

There are big differences. Of course, some stories are created in a more rational or even technical way. It is impossible to distinguish between the logical result of the effort of the research or that mysterious or sometimes even magical influence. Indeed, our logic doesn’t play a role in this when it happens that a story is suddenly “not based on true events” however the exact opposite happens: Events are created in the process of storytelling. One example is the so-called synchronicity. Synchronicity means related events, which are both exist in a psychological realm and the outer world. To accept this we need to abandon our modern idea of reality.

The observation that ideas are not created but are already there comes from a long tradition. It is the Platonic world of ideas expressed in the “theory of forms”. We don’t know where this realm of ideas exists. But perhaps it is not a question of “here” and “there”.  The place, for example, is an idea itself. When we try to grasp the spirit of place we try to express a certain idea. There is another tradition, which might be helpful to get a better understanding: This is the theory of archetypes. Archetypes cannot be seen itself. Thus it is nearly impossible to tell exactly what an archetype is. But we can feel or see its influence. Psychologists like C.G. Jung thought that men can be under the influence of a certain archetype.  Why there shouldn’t be places which are under a certain influence? If we understand that the material world or the visible universe is only the surface of a deeper reality we get a glimpse of the mechanics and the principles at work.

We might think this would lead to a fatalistic worldview. There is no reason to think there is no control. This is a big difference.  A sailor in rough seas might be a good image. The sailor can’t control the elements. Nature is always stronger. But he can control where his ship is going. The same applies to the creative process. There is a lot of influence from many sides. And, yes, there is influence from forces many people believe they don’t exist. But there is some control in which direction the ship (our project or our book) is sailing.