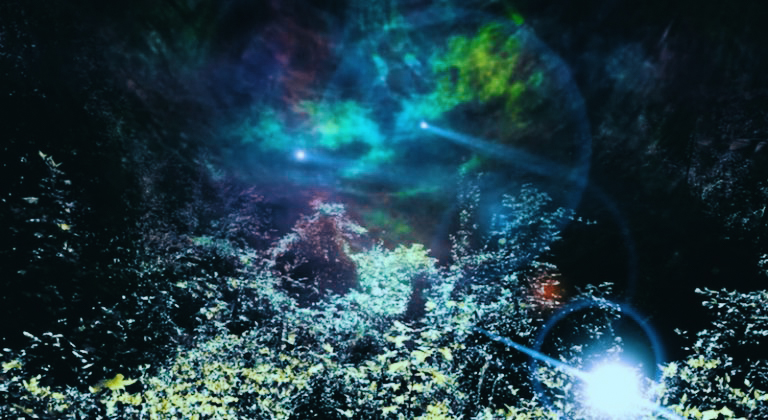 Liu Cixin. The Dark Forest (Novel): “The universe is a dark forest. Every civilization is an armed hunter stalking through the trees like a ghost, gently pushing aside branches that block the path and trying to tread without sound. Even breathing is done with care. The hunter has to be careful, because everywhere in the forest are stealthy hunters like him. If he finds another life—another hunter, angel, or a demon, a delicate infant to tottering old man, a fairy or demigod—there’s only one thing he can do: open fire and eliminate them“.

The quote is from a sci-fi novel. It became the source for “the dark forest theory”. Scientists discuss this theory seriously. Why is it so quiet in the universe? The majority of scientists believe there must be a tremendous number of alien life in the universe, some of them intelligent. Why is it that humankind seems to be the only civilisation sending radio signals out there? The theory has a frightening explanation. Most civilisations stay quiet because it is better to not make a noise because it is dangerous. Predators are out there.

Of course, we had this situation in ancient times. The forest was indeed a dangerous place. In our times the forest at night might be a safer place as the roads of a big city. But what about the otherworld? The otherworld is sometimes described as a shadow world as the Upside Down. In such world there are dangers. Maybe some inhabitants of the otherworld are hiding because they are afraid. It is better to hide because it is a dangerous place.

Perhaps the dark forest theory refers not only to experiences from ancient times but is related to our idea of the otherworld.

It is a common idea that there are places where the veil is thin between our world and the otherworld. There are forests where the otherworld is closer to us than anywhere. These are dark forests. They are haunted. The dark forest theory applies here. It is important to stay quiet in these places.

However, we might find this a narrow-minded concept. The dark forest theory completely relies upon the assumption that everything is about the survival of the individual. Complex civilizations instead survive because they learned about cooperation. And if we stick to the example of the forest at night it is not true that it is completely quiet. We hear the noises of animals which are active in the night. Not anybody is afraid in the dark forest. However, isn’t cooperation always a risk? There is a saying the enemy of my enemy is my friend. Cooperation happens often simply because it is necessary for some time. Survival instincts are always at work. The same applies to the creatures of the night. They have found a way to survive even if you can see or hear them. They are risk-takers.

There is one key question here which might explain why the dark forest theory rings true: If we ask ourselves, what is life? There is no real satisfying answer yet. We understand the concept of life. And we know what life is like: Life is always about survival: Survival of the own race, the own form of life, my survival, the survival of my kins. The dark forest theory appeals to us because it is about what life really is: Survival.

If the otherworld matches our world in basic principles it will be also about survival. It could be a war of ideas or principles or different forms of entities.

Perhaps staying alive in the otherworld is something different as in our own world. Being quiet in this dark forest can mean to hide your thoughts. In the other realm, it is important that nobody can read your mind because you could be overwhelmed, invaded and lose your wits.

It is very interesting that Liu Cixin speaks of “demigods”, “angels” or “demons” and “fairies”. These are typically inhabitants of the otherworld. They are not what we think as “aliens” in the context of science-fiction or the universe. But if we see the universe and the otherworld as closely connected – perhaps, in the end, the universe is the otherworld, the dark forest theory makes sense as a universal experience. If we look at the myth of mankind or even the ancient stories from the Old Testament our world appears more like the dark forest as anything else.