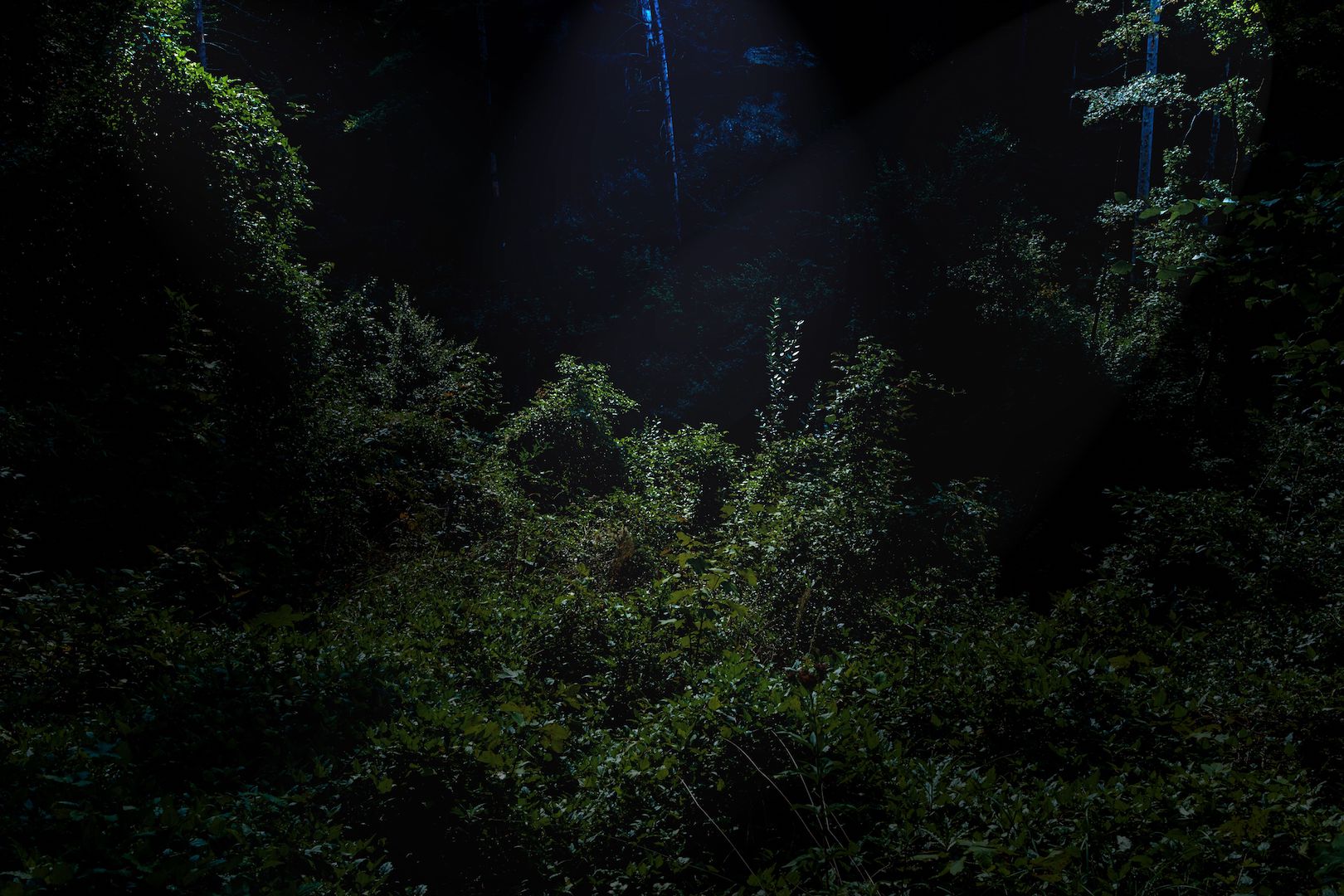 But there is another connection here. It could be also seen in a more literal sense. The forest exerts influence upon us. And the forest knows your deepest secrets.

Alexander Porteous mentions the proverb in his famous book “The Forest In Folklore And Mythology”: “It has been said that the forest knows all and is able to teach all, and there is a French proverb to the effect that the forest, which always listens, has the secret of every mystery, while a Latin proverb of the Middle Ages says: Aures sunt nemoris, oculi compestribus oris, and similarly the German: Das Feld hat Augen, der Wald hat Ohren”.

Therefore there is probably here a different background leading to the deeper mythological dimension of the forest.

Some forests are like a big organism. There are many folk traditions where the forest is like a deity. It is something which has to be respected. The forest can be a friend but it can be also a fierce enemy. It is more like a zone with intelligence. Sometimes there is a deity known as the “king of the forest” residing in a certain tree.

The forest’s deities were also often worshipped in a grove. Furthermore,the witches met and performed rituals in these holy groves. Oracles were spoken in the glades of the primeval woods.

Sir James George Frazer’s “The Golden Bough”, a study in magic and religion, describes an ancient sacred ritual happening deep in the forest. It lies at the core of future pagan religions and others. A priest is sacrificed by his successor. Obviously, the sacrifice is made to a deity in the forest. This exchange between supernatural powers and men is the very model for human belief systems for a long time.


There are a lot of forest customs in later centuries where we see the “quid pro quo” principle: A favour or advantage is granted in return for something. If you want something from the forest(‘s deities) you have to offer something in return.

The forest has many things in store for us: food, knowledge, even protection (you can hide in the forest from your enemies). But something has to be offered in return. If the balance is disturbed the forest can take something (for example from the village in the midst of the forest). Somebody might disappear. The forest deities exert immense power and influence. Today, we have forgotten about the older knowledge, but these forces haven’t vanished. The forest still has ears. He knows secrets and in certain moments knowledge can be gained. It doesn’t take much time and the wanderer will feel the elder gods in the solitude of a walk in the middle of a mountain forest.

In some places,strange stories happen a lot. Villagers far away from the big cities keep the old ceremonies alive. In the so-called Bennington Triangle region, Vermont, north-eastern USA, there is a ceremony that for over 50 years nobody has mysteriously vanished. There were a number of disturbing cases of vanishings which could never be solved. The area had already a certain reputation which goes back a long way. The American natives only used it as a burial ground and believed in evil spirits. An enchanted stone was suspected to swallow everything that passed by. People not only disappeared when walking in the woods but from their homes and even from a bus.

We do not know if they do something to please the spirits of the wilderness in that ceremony.

But ceremonies always need one crucial element: The belief that somebody or something is watching you and that this entity might react.

It seems that there are still places where something in the woods is watching you – “The forest has ears”.