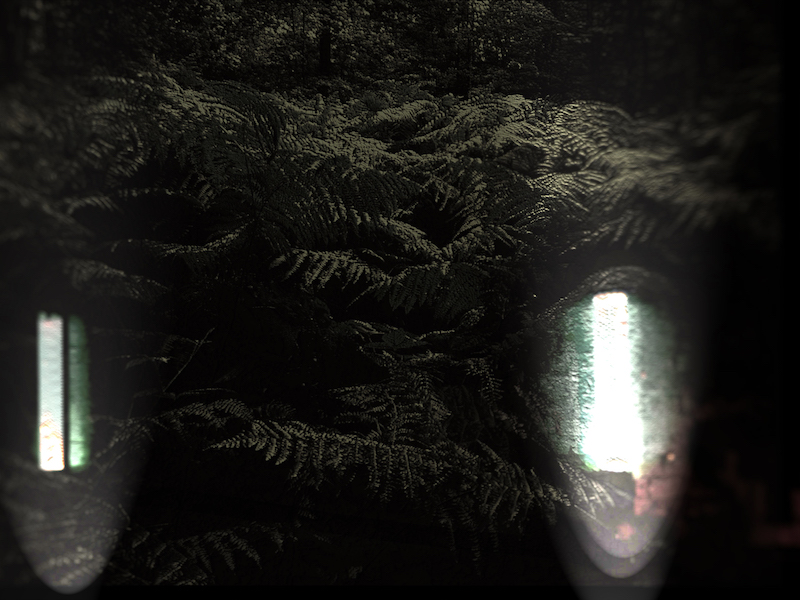 The Question is not, “is it real” or is it magic”, it is about finding magic in the mundane.

Magical realism can call on folk-lore and myth to question the true nature of reality. Forest-horror-stories are often stories of this type of magical realism, and this is also what I am aiming for in my own work.

The magical elements are as natural as the everyday world in this genre. The term was originally coined by Franz Roh for an exhibition called “Neue Sachlichkeit” in the 1920ties.

Magical Realism is often connected with South-American literature and describes books or movies with magical elements or a dreamlike-landscape.

Sometimes magical realism is used as toolbox by romantic comedy writers to set up a story – like the lightning stroke making the main character capable to understand what women think – but that’s not what magical realism is really about.

The mother of all magical realism stories on TV is “Twin Peaks” with its credo “The Owls Are Not What They Seem”. Here the magical reality becomes a form of hyper realism: it feels for some folks more real as our limited everyday reality experience. “Twin Peaks” and other great series/movies/books abandon our model of physical reality. However they don’t reveal the mechanics of an alternative model of physical reality like the 5th dimension in “Interstellar”.

“Twin Peaks” interacts with the viewer in a much deeper sense. It reminds us about a daimonic reality where strong hidden forces rule our lives behind the curtain of ordinary reality. We do know about this daimonic reality but is something which became suppressed in our times.

In the best of all cases the magical elements in a magical realism story doesn’t appear like some writer’s invention or something with is kind of an appendix. Magical Realism can reveal what we usually don’t see, something which we are not supposed to see.

I had always a weird comparison in mind: Our reality is perhaps like the layers in the photoshop software: Normally we can only see the surface (the image on top of a pile of images and layers) but with certain techniques the surface (or the picture on top) becomes transparent and you can see what is beyond. If you work with layers in photoshop software you can reveal something which is normally not visible. David Lynch is doing this in his films: He scratches on the surface layer and reveals for a glimpse what lies beneath.

Unraveling the myth behind our reality is more about revelation rather than an invention of fictional ideas or mere fantasies.

I don’t think we need necessarily alternative models of physical reality to get to the hidden layers in our plane of reality. It is what a good story can do. It also happens in real life. The many cases of unexplained phenomena discussed earlier could be also sudden appearances of hidden layers.

Usually we can’t see what’s really going on. Our models are always inconsistent or tend to driven either by anthropocentric biases or scientific assumptions. Nobody can tell us the truth, but we can try to create something which feels right. Even we don’t admit it we often quietly accept a different idea of reality where our destinies are driven by mythical forces when we watch certain series or movies; there are often three levels in series like “Game Of Thrones” or “Twin Peaks”: action and relationship development, everyday events, then there is politics and undercurrents in society affecting characters and deep down there are powerful myths at work.

Perhaps we need to re-discover the magical dimension of our lives not only in TV-series but also in real life.

Indeed the most fascinating thing is that magical realism or fantastic realism has its roots not in fiction but in reality. Long before the first official UFO-sightings Charles Hoy Fort wrote his “Book Of The Damned”. Fort is quite simple the “Father Of X-Files”: he was a collector of “damned data”, of events or things which were excluded by official science: “A procession of the damned. By the damned, I mean the excluded. We shall have a procession of data that Science has excluded.” (Charles Ford, Book Of The Damned). He was motivated by criticism of the mainstream science. He saw the problem of reductionism in science very early, and his “damned data” are kind of a provocation, like the rat on the table in a clean house.

His book is a ride into a rich world full of weird phenomena. It tells us stories about raining frogs and mysterious disappearances, thunder-stones and much more. Fort didn’t invent these reports. He was looking through weather reports and piles of newspaper articles. He worked for years but wasn’t a simple believer in the fantastic. He is basically a sceptic. He simply demanded open-mindedness. Often he expresses a certain irony about the weirdness of a phenomenon and the even weirder explanations.

There may be a good reason for keeping his distance: investigating phenomena of “high strangeness” is like crawling through quicksand. It’s terribly difficult to find out what exactly has happened and the search for the truth becomes more and more complicated. This is perhaps because this phenomena happen in the realm of “magical realism”. It’s hard to say how much phenomena of “high strangeness” depend on the witness, but they seem to be strongly connected to a certain atmosphere and character (remember the fish in the coffee-filter in the legendary Twin Peaks Pilot?).

However most of all, Charles Ford wasn’t after the proof for the existence of a ghost or the “shower of jellyfish”, which happened in Bath near the Main Station on April 1871 for example. He didn’t believe in any theories or models about our physical reality. His damned data are supposed to say think twice before you believe in anything.

There seems only one idea running through his work expressed by John Michell that our whole existence is an organism. The universe is a living organism. If we think of the Universe as an organism we would indeed live in a world of magical realism.

The forest is a good place for getting a feeling for this idea, both in a literal sense and in a metaphorical sense. It is like one big organism. It is not possible to reveal that organism in a simple model of physical reality. It remains a mystery like a forest dark with an endless number of secrets. That’s what for example “Twin Peaks” is about and what make it a true “forest story”. The idea of a living universe full of consciousness as a background of the mystical aspects of our life is also rooted in ancient mythology and philosophy.

If we open our eyes and ears we may find the magical reality which the forest actually is. There is a surface, and at certain times a window open up showing us what’s behind the curtain.