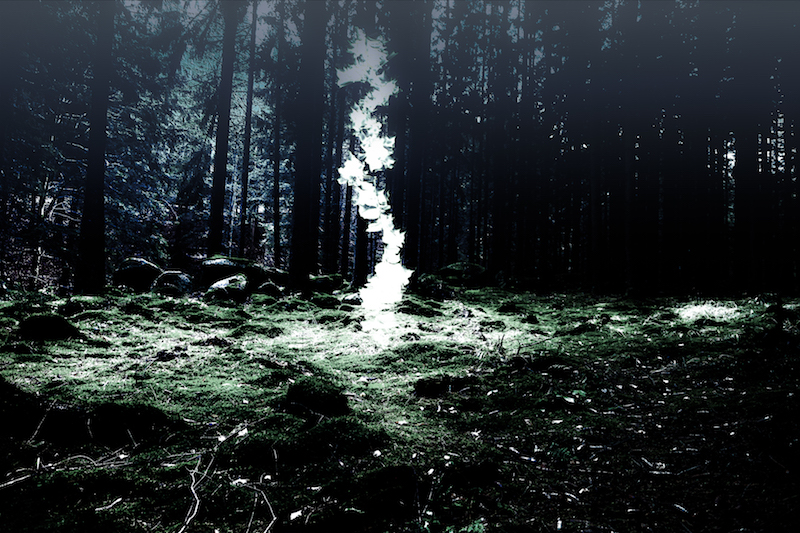 If “A forest is what exists between its trees (John Berger)”, how about people feeling these intangible force and trying to manipulate the force? Then we have a witch and the craft of mastering the supernatural powers is called witchcraft. There is a strong connection between witches, witchcraft and the forest. The witch lives in the forest. In our age of science we learned that people living in the forest where mostly outsiders not some sort of Yedi-Knight with supernatural powers. What if we are wrong? The biggest question however is, what do we exactly mean by “witchcraft”? The problem is that our knowledge stems mostly from the witch-craze in the Late Medieval/Early Modern Period. That means our idea of witchcraft is pretty much influenced by the weird fantasies of the holy inquisition not from people who really knew about the phenomenon of “witchcraft”. Its a mix of the paranoia of the accusers and the questionable testimonies of the poor victims of the inquisition and cracy witchhunters. Furthermore there are Old Testament laws and very different ideas in separate cultures. There isn’t a simple concept of “Witchcraft”, even there are countless book about magic, modern wicca-witchcraft and so on.

Nevertheless there might be a familiar thing about witchcraft, something a lot of people can relate to. Witchcraft is as old as mankind. It’s both kind of a sixth sense and a craft. It’s the ability to handle what can’t be understood in the rational way, but is definitely there. It’s often connected with the woods since we believe that it’s the woods where the supernatural energies are strongest. It’s also something my feature film project “The Forest Dark” is about.

If we think of the concept of “Witchcraft” as kind of a craft like “Bushcraft” it means it is about something which is there and what needs to be mastered. “Bushcraft” for example is the ability and knowledge to survive in the wilderness. It means building a makeshift-shelter, find food, hunting, making a fire, orient yourself. Without a certain training you cannot survive in the wilderness for weeks.

I suggest that “Witchcraft” and “Bushcraft” have a lot in common. It’s about survival. Witchcraft is not so much about casting a spell or invoking some demon but the ability to survive in a supernatural cosmos. Its often said the witch is somebody with a gift, born with a sixth sense and always has one foot in the other world. Such a person would need to learn to distinct between own projection, supernatural phenomena and deceptions. As long as the other world is close to our plane of reality it is a treacherous reality. It’s also called Maya. It can be dangerous, and one meaning of witchcraft could be navigating through different realms and finally try to get a deeper understanding.

The forest is a good training ground for heigthening the senses. Our reality mix more easily with the other realities. Therefore it doesn’t makes me wonder that we find the witch in the dark forest. Of course it might be also the place where we find another kind of witch. Somebody who crossed the borders and is now haunting the woods.


Nothing is certain here particularly if it comes to the ability to control these forces or the effects of magic rituals. Its astonishing that we have a whole “science” of witchcraft with “Grimoires” and very precise ideas on one side and on the other side modern scientists telling us it’s all stupid superstition. It might be a sign that there are still a lot of open questions here. The medium Dion Fortune speculated in her book “Psychic Self Defence” about subtle forces “which are the basis of both occult attack and spiritual healing”. The nature of this subtle force is closely analogous to electricity, and their nature “is something that is akin to life, though of a low type” (she thinks of something like bacteria).

It’s a plausible idea that the diviner using “Witchcraft” is somebody who controls and uses that form of “electricity”. It’s an image which makes some sense. It is also an interesting thought if we think of electricity and fields.

There are electric fields and magnetism. In an analogy we could says that the witch is somebody who is aware of the “field”,furthermore works with a kind of field and can manipulate the field (even its true nature remains unknown) and in the forest the field is strongest.

Developed in the early 17th century the Laterna Magica, an early form of the slide projector, not only influenced the development of the Gothic Novel in significant ways, but had an impact on philosophical thought. Visitors of 18th century Laterna Magica shows took the “Phantasmagoria”, the ghostly effects created by the Laterna Magica, sometimes for real. In Germany the Laterna Magica was also called “Schreckenslaterne”. What if there is in some other plane of reality a “Lantern Of Fear” projecting supernatural phenomena into our world to put us into appropriate behavior? If we look at the Laterna Magica as a model it might be a possibility how to understand some “real” supernatural phenomena. Some apparitions and phenomena are often reported in a way as if it were recordings from another dimension. And yes, if we read reports of sightings or close encounters it is like these people have seen kind of a video clip. Apparitions are often repetitive in a way.

Perhaps we are in the same situation like the early viewers of the laterna magica spectacles or people who witnessed the first projection of motion pictures who didn’t understand the mechanism. They didn’t understand what’s really going on.

Jacques Valleé suspected that we are like viewers in a movie theatre and that there is somewhere a projector (It’s a bit like saying that we are the actors in the “Truman Show” where the poor protagonist is confronted with effects created behind the studio set he never could understand).

This projector generates some of the Ufo phenomena and more. Valleé also raised the most interesting question: if there is somewhere a projector showing us strange things we only can interpret as supernatural – who is the projectionist?

It would be good if we could meet some day in the future the projectionist who is behind this laterna magica.

Particularly if we look into the history of the laterna magica in the 17th and 18th century some very interesting questions come up:

If we think of a show or a contemporary movie we see it as entertainment but early reports of lantern projections indicate that they were intended to scare the audience. Wikipedia mentions one of its inventors, Athanasius Kircher, a German Jesuit scholar. „According to legend Kircher secretly used the lantern at night to project the image of Death on windows of apostates to scare them back into church“ (Wikipedia: Magic Lantern).

However, there is evidence that the Magic Lantern was used for all kind of subjects. Later there were traveling lanternists called “Savoyards“, and it certainly was a more sophisticated entertainment when the Lantern Shows inspired the dark romanticism with its Gothic Novels.

Nevertheless it’s interesting to come back to Kircher – why would an educated man want to scare his audience with some fake supernatural effects? „Scare them back into church“ means to do something to people to put them back to some proper behavior.

What about our projectionist safely hidden in a different plane of reality uses his „lantern of fear“ to scare us from time to time? We can only speculate what he wants us to do, but mostly it seems it’s always about our belief system.

Traditionally it is the Gods, who are the projectionists creating any kind of wonders to control men. But the magic lantern is in some ways similar to Prometheus’ fire. We stole what belongs to the Gods. In the long way from the Jesuits using the Laterna Magica to educate their audience to modern cinema we learned to become like the Gods showing deeply impressed spectators mindblowing effects like miracles and control their belief system.

However maybe the Gods are still there and control what we should see or what we not should see – even in the movies.