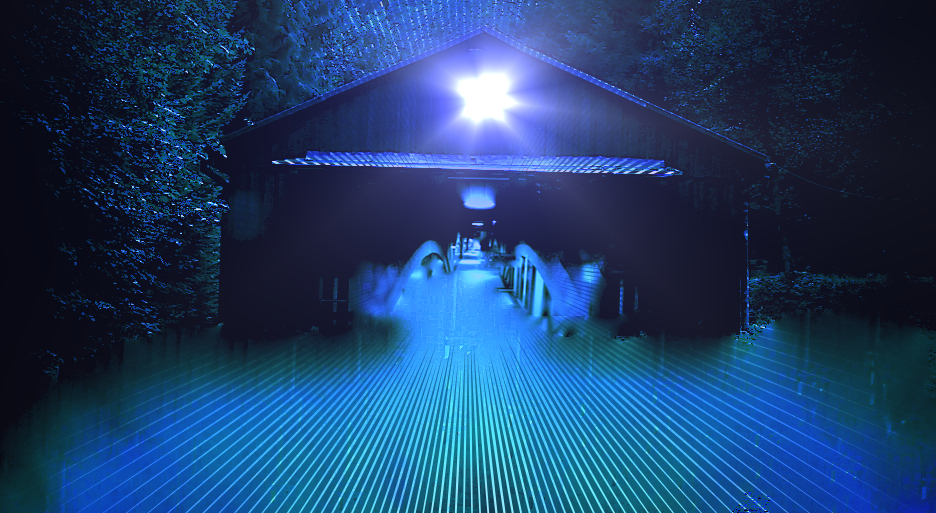 Jonathan Black writes in his outstanding book, The Sacred History, “I look, too, at the work of the great storytellers of modern times, writers who can ask if there is a mystical dimension to our lives, if the world is shot through with meanings we did not put there, if we really are engaged in interaction with unembodied intelligence”.

Black writes, “In the age of scientific materialism this is perhaps the greatest philosophical question, and novelists, from Dostoyevsky and George Eliot to David Foster Wallace, have looked for mysterious patterns, mystic traces and otherworldly influences not in the epic lives of heroes, but in ordinary, everyday lives” (Sacred History, Preface).

In the best of all cases we find a deeper reality embedded in a novel or a movie. It’s something which cannot be forced by the writer. In some cases it seems the otherworld itself is the invisible guiding force giving the writer, artist or filmmaker hints from time to time.

And, maybe, through art, music, literature and movies something is communicated to the listener, the reader or the viewer. Is it possible that the writer is used as a “device”?

Asked where ideas come from David Lynch answered in an interview 2014 that ” “It comes, like, on a TV in your mind.”

And what is a TV? A TV is like a radio, a receiver connected with an antenna or in our days to the internet. It seems that our minds sometimes connect with the otherworld and receive important messages.

Of course its impossible to distinct between the works and fabrications of our own brain and these subtle guiding influences which happen only from time to time.

One little clue might be that it might be more images rather than complex thoughts which are transmitted directly into our consciousness.

However, identifying “mysterious pattern, mystic traces and otherwordly influences in our ordinary, everyday lives” is a demanding task.

Perhaps, the so-called-synchronistic-events come to mind as the book which opens on the right side or falls from the shelf. However we can’t say for sure what that means. “Otherworldy influence” seems to be executed usually more like a very weak current of electricity, which is difficult to measure.

The larger patterns of mysterious influence on our history is also a question of interpretation. Humans have a natural tendency to find some meaningful pattern everywhere which creates sometimes the weirdest conspiracy theories, and any interpretation should be done very carefully since we could easily deceive ourselves.

Often, we watch out for strange apparitions but miss to see the obvious.

Today we’re not any longer “trained” to see strange things or mysterious turning points in history or in our lives.

In the old Greek tragedies or in Odysseus fateful journey divine intervention was responsible for many things. In our days we are on our own (officially).

But from time to time we feel different. Even very rational people often believe in astrology, which seems to work like a modern replacement for the interventions of the Elder Gods.

The artist however often wishes he could adjust the “TV set in the mind”, looking for different channels and get a better picture. It’s like seeing a strange light somewhere deep in the forest, and we wish to take a closer look.

Writing a (supernatural) story or developing a supernatural thriller is in some cases a quest for the otherworld or a kind of field research.  We have seen the mysterious light and hope a good story might reveal a bit more of it. We want to find some sense here, or find a sufficient reason or explanation for something which either happened in the real world or the sometimes weird and disturbing scenarios in our own imagination. Naturally here are many fears involved:

Disenfranchised from any idea of “interventions from the otherworld” any experience of an intrusion of the supernatural is experienced as horror, since we fear to lose control.

Since the rise of the epoch of science we have been told that we’re in control. We’re not allowed to lose control of our lives. If we lose control there will we punishment. And this is the moment where the horror begins.

Horror as a quest for the otherworld is therefore an attempt to do better, to understand the “mysterious traces in our ordinary lives ” and remember a way how to  deal with them.

Subsequently the best horror stories may frighten us because of their journey into darkness, but in the end they have also a healing quality as we have found a way to integrate the otherworld in our normal life. 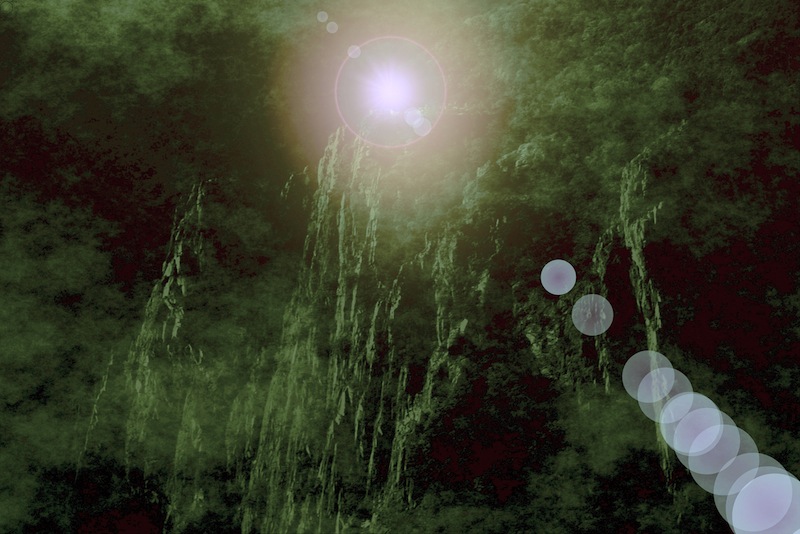 Across all civilizations, the world’s mountains were viewed as the sacred home to the gods. If we look for the power of place mountains obviously are very good candidates. However not any mountain is sacred. The ancient belief raises many questions as modern mysteries about people who have vanished in the mountains. If there is one outstanding example for the power of place in connection with mountains it’s Mount Shasta located in California, which is a destination for mystics and curious people all over the world. There is supposed to be a “vortex” over the top of the mountain and some people are convinced it’s a gate to higher dimensions.

Legends of biblical proportions surround this mountain and – of course- its suspected to be an alien landing site.

Like with many other “sacred mountains” its a mix of religion, tradition and old legends which make the mountain extraordinary.

Sceptic people might argue that there are very easy explanations why mountains became sacred regions and often have a long tradition of mysterious stories. One thing is weather – even relatively low mountains create their own weather – for example Brocken mountain in Germany is often surveilled with clouds and mist and there are the most extreme weather conditions there. No wonder it became the setting of the “Walpurgisnacht”, the night were the witches meet.

Furthermore mountains were unexplored territory. People had a huge respect to climb up the mountains; Petrarca’s expedition to Mont Ventoux in 1336 was a courageous thing. But for a long time the mountains remained terra incognita.

Even in our days many cultures think of the mountains as seat of the gods. In the Philippines British tourists who stripped on top of a sacred mountain were held responsible for provoking an earthquake later because they angered the mountain god.

The mountains as a place for encounter with god or of encounters with the supernatural is a familiar idea for nearly everyone: everybody knows about Mount Sinai where Moses received the commandments “the LORD came down upon mount Sinai”

In our days mountain climbers report “live-changing” experiences. Even with seeing Earth through the astronaut’s eye today in television mountains offer a fundamental change of perspective. Going into the mountains is often kind of an initiation ritual. We know of mountain climbers who became obsessed with their mountain. There is a sheer endless number of tragedies often because people think they must stand on top of a certain mountain.

There is nothing supernatural about this “call” usual its mostly human ambition and often human madness.

Nevertheless mountains can be mysterious places. Again – its interesting that only certain mountains made a career as sacred mountains. If you ever have flown over the alps you have seen an endless number of peaks.

There are notorious places on Earth. Places where unexplainable things happen and where people go missing and the obvious explanations of accidents or unlucky circumstances and coincidences doesn’t work.

Peter Weir’s “Picknick At Hanging Rock”, based on Joan Lindsay’ 1967 novel is a story about the disappearance of several girls in an ominous Australian mountain region. It isn’t a true story but represents archetypical elements of stories of missing people – a place which seems enchanted, the impossibility to find traces and what really happened and somebody who returns dazed.

In the end it looks more like the missing people didn’t fell victim to some monster but something which took possession of their mind.

It’s interesting that the modern stories of disappearances of people relate strongly to older folk legends about abductions by fairies. Often there is a light which guides the wanderer into the wrong direction.

And if evidence is found or even a body some mountains have become well known crime-sites for the most mysterious and unsolved crime cases.

The “Lead Mask Case” in Brazil is a scary and mysterious case which happened on the “Morro do Vintem” Hill near Rio de Janeiro. Two bodies of two Brazilian electronic technicians were discovered on August 20, 1966, in odd conditions: The two males where lying next to each other, slightly covered by grass. Each wore a formal suit, a lead eye mask, and a waterproof coat. A small notebook was identified, in which were written cryptic instructions. Their skin war burnt as if they had been in contact with a source of strong radiation. Even an expedition, led by Jacques Vallee in 1980, couldn’t explain what really happened on this hill.

It seems there are “mountains of madness” on Earth where we could get in touch with something which hasn’t been understood or explained by science and which could become dangerous to us. Some mountains seem inhabited by forces which had been there long before mankind and they still exist.