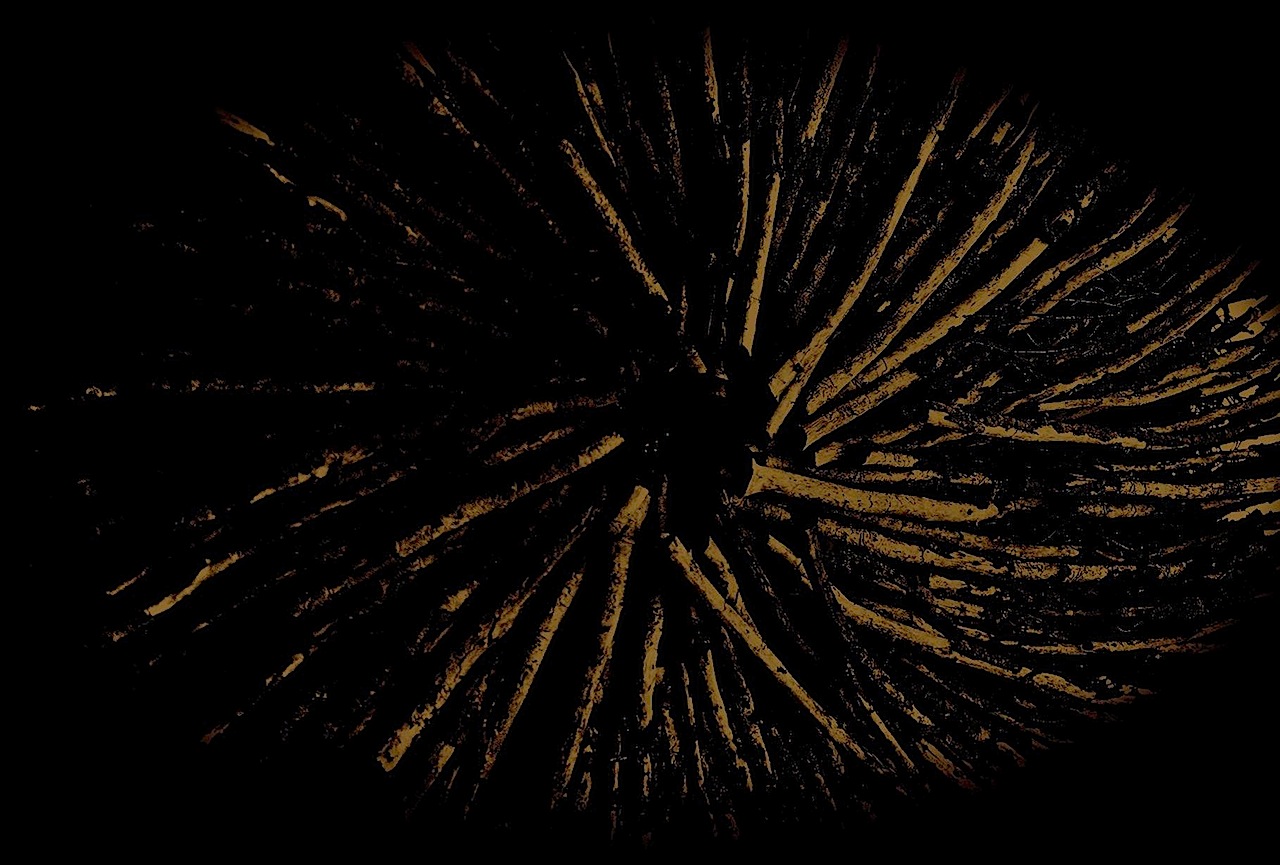 From time to time it seems good to remember why I said the Forest Dark is in some ways a reversal of the “Based On A True Story” approach. If I am asked I would say that the idea for the Forest Dark Project as a weblog came up when I saw a golden thread running through all my work I did on developing a certain movie project: If I would do something inspired by a true story there is a natural order what happens first and what comes next.

A project based on a true story might emerge from reading a newspaper article or some personal experience. What you’re usually doing then is to figure out how to dramatize this story, you change things and you add new ideas. It’s not really necessary to say that there isn’t so much “true story” in the end when you hear “based on a true story”. However this case seems to work the other way around. Of course this happens not only to me. A lot of writers or other creative people are familiar with such experiences as soon as they concentrate on something.

Critics may say that this is because you’re so focused on what you’re doing that you start to see anything related to your work, but that explanation isn’t really satisfying to me. Funny things happen sometimes. One example was that I had always the idea that a rave party on a mountain and then something goes out of control would be a start for a movie. A long time ago I had put down some scenes and also had already the title “Forest Dark” in mind. Only recently I came across a new sub-label in the Goa-psy-trance music movement that there is indeed “Forest Dark Psy trance”. I listened to some of the music, which would make a perfect soundtrack for certain scenes. And Psy trance events often happen in nature even deep in the forest. This is only a little and maybe funny example but if you do creative work yourself you might know about the incredible coincidences, which happen along the way. C.G. Jung described these phenomena as synchronicity. It means in the end that there are very real hidden influences, which come from outside and which are not under control. They are not products of the mind.

This means that not only some creative ideas only later appeared in a different light when research about certain motives led to the conclusion that ideas, which seemed to be the product of imagination, have a real background but foremost that there is a hidden influence in all developments. Sometimes it seems the otherworld is leading this into a certain direction and indeed have its own influence on decisions. This is the golden thread: it’s the same sort of experience, which comes up again and again. Of course there is a very, very thin line between projection or pure interpretation and something, which seems to have some real background.

How could this happen? If we think of the otherworld not as a purely separated realm of existence beyond our own but something, which is interconnected and does actively interact with our daily lives anything is possible. And it seems that there are several forces involved in this. And what if reality does not work the way it seems to be? And as I said before, sometimes we might not really “invent” or “create” but remember. In “Oblivion” Tom Cruise uncovers the truth when he starts to remember and when he finds out that things are not what they seem to be. Following this old philosophical idea (of Anamnesis) we could ask if there is anybody out there who wants to help us to remember?

In the end this could be a bit like in a Dan Brown novel where the hero usually stumbles through a giant jigsaw puzzle and gets some hints from time to time. And again the question remains, is it our personal drive, which leads us to interesting discoveries or is there some kind of a set-up, is there somebody out there whispering into our ear from time to time. It might happen in our dreams but sometimes even in our everyday lives. A crucial scene from Peter Weir’s classic movie “The Last Wave” often comes to mind when I think about this: in this movie the hero gets haunted by disturbing visions and unexplainable events. When he talks to a Shaman, the wise guy, an aboriginal man, repeatedly asks him “Who are you?” and this is not meant in a psychological sense. The Shaman wants Richard Chamberlain, who plays a young lawyer to remember, remember an identity, which existed or exists only on a different plane of existence.

It is necessary to make a further distinction between insight and paranoia. Paranoia is much more common and more natural as we think – an important thought by Stephen King. It is kind of a protection mechanism. We always try to figure out what’s really going on and maybe a conspiracy might not the worst thing we could expect. If it’s a conspiracy we could deal with it, because maybe we were afraid it was something much more terrifying, something we dare not to speak about. Furthermore I am convinced the hidden influence is something that tends to manifest in a way writers before called “the sublime”. We usually have lost our sense for the sublime and indeed, it seems hard to really describe, maybe something like a very little change of temperature in the room, a little change in the light, a sudden feeling that makes you stop your car and take a look what’s near the road; or a strangely familiar face in the crowd or a place you think you know already for a long time even if you visit the country for the first time. It’s often more an atmospheric thing but which give you an awe-inspiring experience.

Interestingly H.P. Lovecraft mentioned this again and again in his book about the supernatural in literature: he said that a certain kind of atmosphere is the most important element of a good supernatural story.

Even there are no simple answers it’s important to continue the journey. We have no choice but to explore during our ride on a lonely highway in the middle of the night. From time to time I will slow down a bit and looks what’s lurking inside the dark forest on the left and on the right side of the road. Usually we think of sacred places as religious places. We may think of a church or an archaeological site as a sacred place. Burial sites are candidates for sacred places or a place where something important happened in the history of mankind. But we don’t need to think of a sacred place necessarily in religious terms, a place might be spiritual but not religious. And there might be natural places as the famous cult sites where people feel that the Otherworld is close to them, places where the walls between different planes of reality are thinner than elsewhere. An extraordinary landscape is a typical candidate where people find peace and inspiration. There are many places where wonders are reported.There are places which have seen repeated visits by strange lights or where other unexplained phenomena happen a lot.  A street or a certain way might also qualify as a sacred place.  For ancient people whole forests were sacred.  Caves have often become sacred places as they were seen as gateways to the underworld. Holy wells are sacred places.

However there are also new places emerging, which haven’t been there before nor have any history, and which could become a sacred place. In Berlin’s the “Devil’s mountain” is not a natural mountain. It was created after World War II when the rubble of the ruins of Berlin was brought to the Grunewald. On top of this artificial mountain was a CIA-field-station for a long time (this is a very brief encapsulation. For a more detailed history of Devil’s Mountain in Berlin please check the web).

Today, it’s a magic place. Young artists from everywhere come around. And there seems to be a tremendous extraordinary energy inspiring the imagination. Maybe if explorers would find this place 1000 years in the future after our civilization has vanished they would indeed interpret this place as a sacred place. The video below captures a little bit of the mood of this great place, a place which film maker David Lynch wanted to buy.

Maybe sacred places can be created. A strong concentration like rituals – not only the old ones but also new ones like intense psy trance parties for example, which are happening all around the world – could do the job.  And it seems to work also the other way around, it’s like there is a tendency at certain places to do a particular thing. It’s a question what or who is leading creative expression. The scenery at devil’s mountain has become a bit of an archetypical scene, something which we remember somehow but is also something new.  An archetypical image we already know from somewhere has found its expression. It’s interesting that only the interplay of human activity and the work of nature as the influence of the weather could have created together such an (apocalyptic) scenery.

Today many people are attracted by abandoned places. Maybe we hope not to find something there we don’t know but something we already know – deep inside.